The Makers of Things

The Makers of Things is a short documentary series (currently four parts) and a one-off newspaper about the Society for Model and Experimental Engineers (SMEE). 115-based Ben was involved in the creation of a website for the project. The films, each about four minutes long, show a woodworker, a model engineer, a ‘problem solver’, and one is about the SMEE itself. 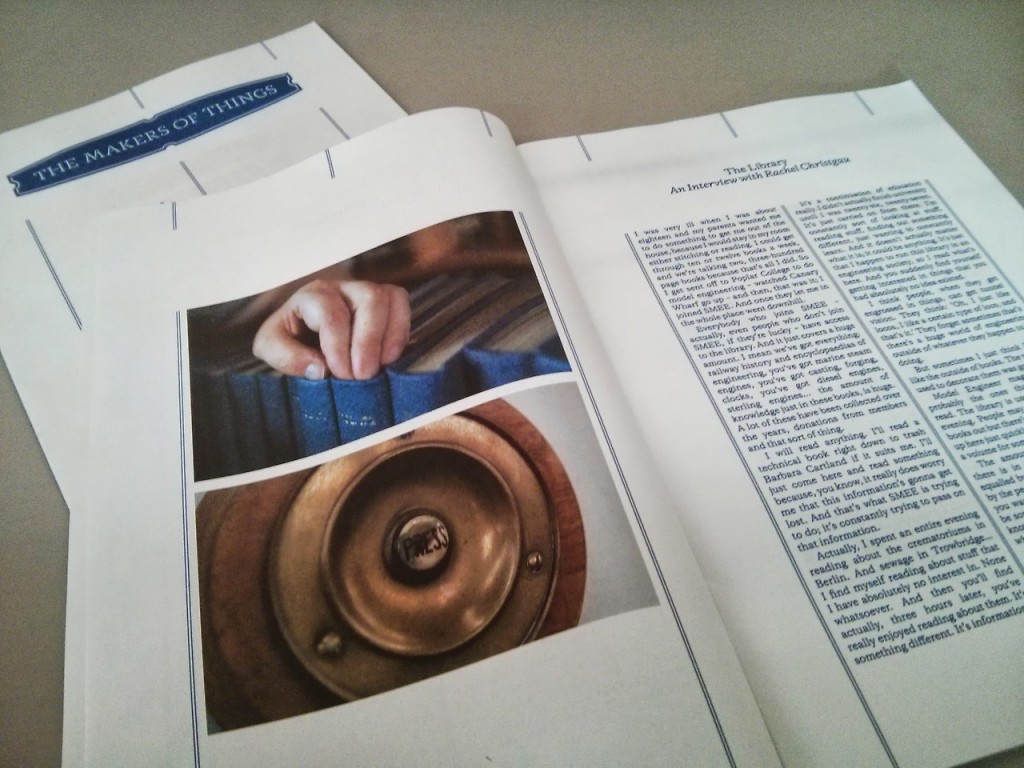 The SMEE is a sprawling organisation with members all over the world. Their common tools and methods mask a huge array of interests and skills, from experimental tinkerers to woodworkers and librarians, all brought together under the roof of their south London headquarters. Established in the UK in 1898 by Percival Marshall, the Society has survived two world wars as well as the introduction of technology barely dreamed about at the beginning of the 20th century. It now has hundreds of members from across the world, united by their passion for making and creating.