Every one a chaconne

Hyphen Press launched its new CD at 115 a few days ago. The CD is ‘Every one a chaconne’ (a chaconne is a dance form, originally from the 17th and 18th centuries).

Some members of The Bach Players, who recorded the music, played a wonderful instrumental chaconne in the entrance atrium. The audience was made up of members of 115, some friends of the group and subscribers to this CD. 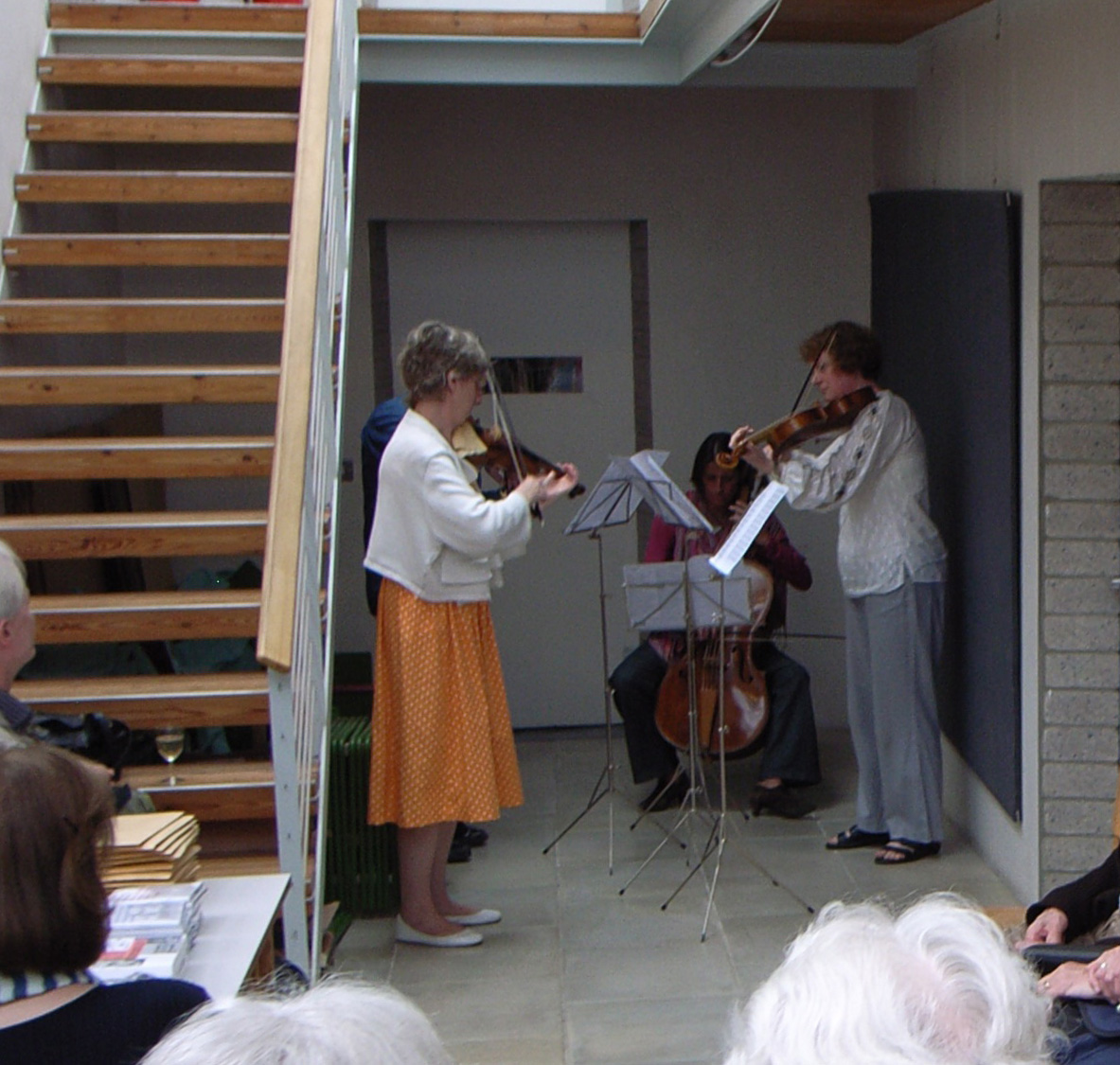 In the tradition of 115 – where we value all contributions to the design and production process – Robin explained the thinking and method behind making the sleeve for the CD. The sleeve is of a simple card ‘gatefold’ type – much more pleasing to use than the brittle plastic CD covers.

Alan Mosley, The Bach Players’ recording engineer, explained some recording needs: a good place to record, and how our brain reacts differently when listening to live performances from when listening to recorded music. My understanding of what he said was that we use our eyes to ‘mix’ the live music, compensating for the variations in our distance from each instrument. The job of the recording engineer is to compensate for the absence of visual clues.

After the talks and the performance we enjoyed wine and conversation. 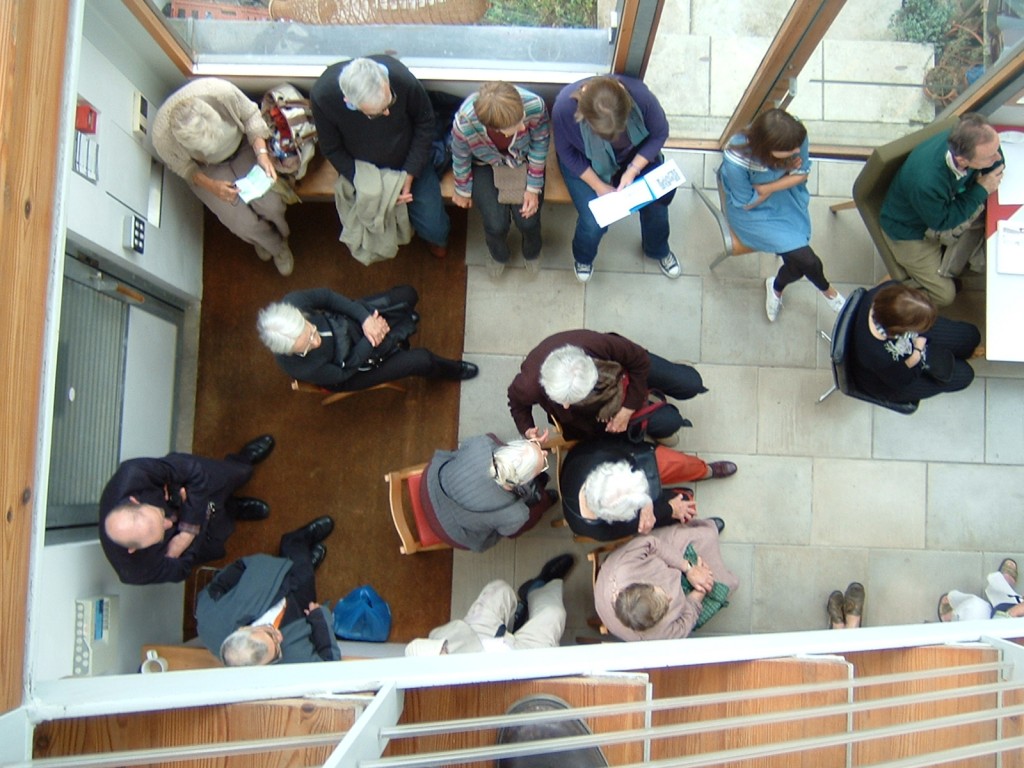