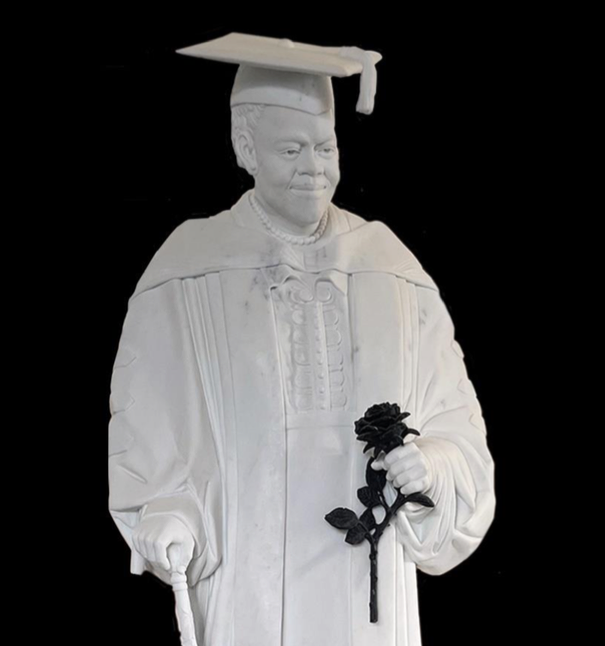 115-based podcast company Materially Speaking has a new episode out now. This tells the story of the commission of a new sculpture following the shocking mass shooting at a Charleston church in South Carolina in 2015 in which nine African Americans were killed by a white supremacist. Subsequently, the State of Florida decided to change one of the two sculptures representing them in the US Capitol’s National Statuary Hall in Washington. They chose to honour Dr Mary McLeod Bethune, Black educator, philanthropist and civil rights activist. From 1600 entries, master sculptor Nilda Comas won the commission to create the statue from Italian statuary marble which was unveiled earlier today. Materially Speaking’s Sarah Monk interviewed Comas and heard how she became the first Hispanic woman artist to create a statue of the first African American (and first African American woman) to represent a state for the prestigious venue. Listen to the episode here and find more information about the Dr Mary McLeod Bethune statuary project here.