Today this website appears with a new design. The launch marks the third version of the site since its first outing in September 2004. Initially designed by alumni Jack Schulze, the re-design in March 2009 was built in Wordpress by Katherine Gillieson. In its first and second incarnations (v2.115.org.uk: archive version of that website) the expectation was that people would view the site on a standard desktop screen. Since the widespread take-up of portable devices – tablets and smartphones – with different, usually smaller screens, it was recognised that the old site was no longer fit for purpose. This version incorporates many of the tenets of responsive web design which does not anticipate the size of screen the site is being viewed on.

The re-design also provided an opportunity to re-examine what we were saying and how. Some described the site as uninviting and we aimed to change and freshen-up its appearance while making it easier to navigate around. We hope that a sharper focus on providing news, information about the co-op and details about members and long-term assistants has been achieved together with a new, increased emphasis on pictures.

A sub-committee: Anne (initially), Michael, Peter and Robin met regularly over the course of three years and worked out a new design that results in what you see here. This includes: a different layout, main navigation at the top of the page, a changed colour palette and a different typeface – the webfont version of an earlier hot metal font, Monotype Grotesque – that has been used previously for various purposes (signs, posters, manuals…) within the building and a flat match to the three-dimensional numerals ‘115’ attached to the canopy over the front door. This work was undertaken in close collaboration with web consultant Ben, initially of 115, now an alumnus using the content management system Statamic.

At the time of launch some anomalies remain: biographies missing, portraits still to come and various texts in need of updating or correction. Bear with us. Over time we hope these things will be attended to, so please come and visit again. In the meantime, we hope you like what you see. 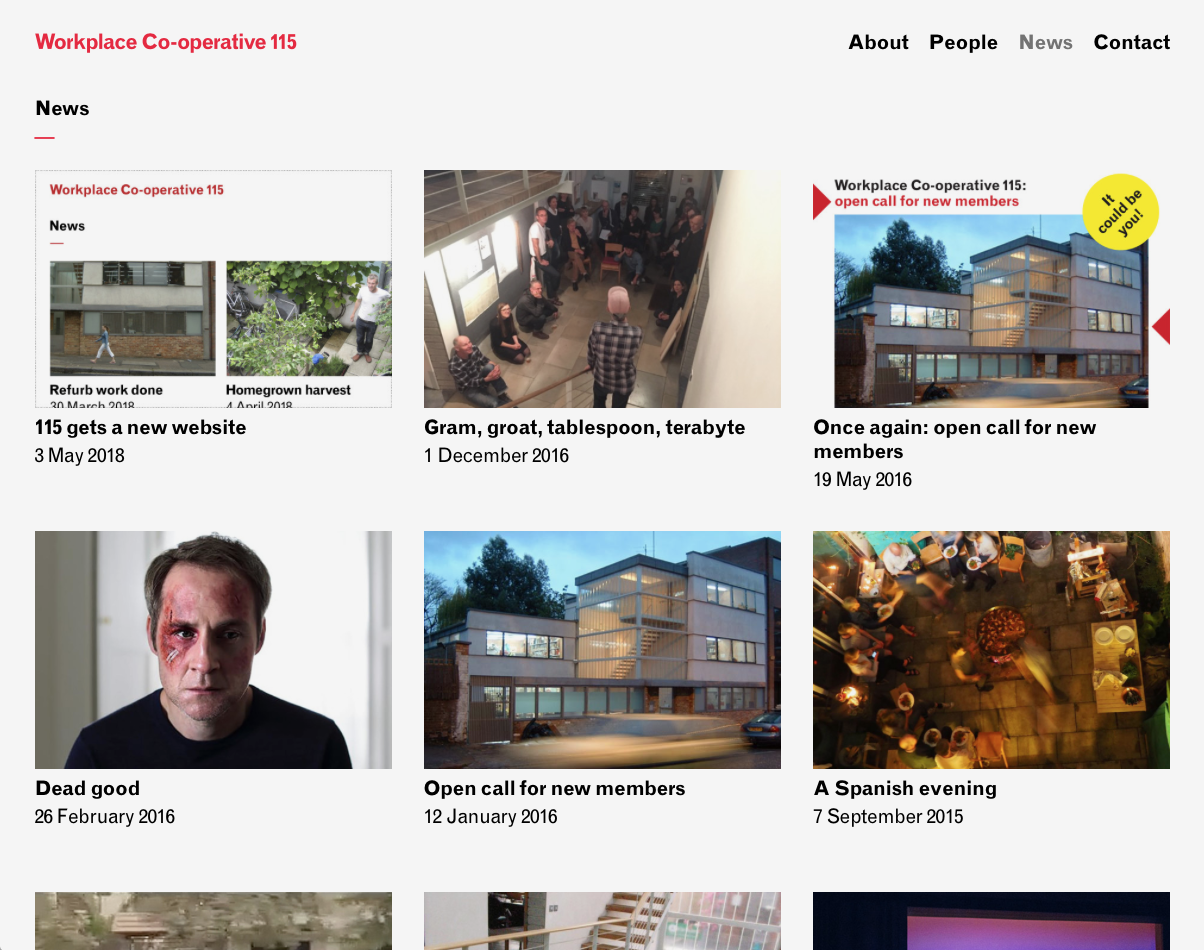