As promised in an earlier post, an update on Robert Jones’ much anticipated feature-length drama: Danny Boy will air on BBC Two on Wednesday 12 May at 21:00.

In the bloody aftermath of the Iraq War, British soldiers were involved in a firefight known as the Battle of Danny Boy. Corporal Brian Wood was awarded a medal for gallantry, but later found himself embroiled in accusations of war crimes. The case was picked up by renowned human rights lawyer Phil Shiner, and the film tells the story of how the two men cast the events of that day in a very different light, and how this throws up questions of culpability and conscience we might struggle to find definitive answers for.

Shortly after broadcast, Danny Boy will be available on BBC iPlayer. In the meantime, here’s a trailer. 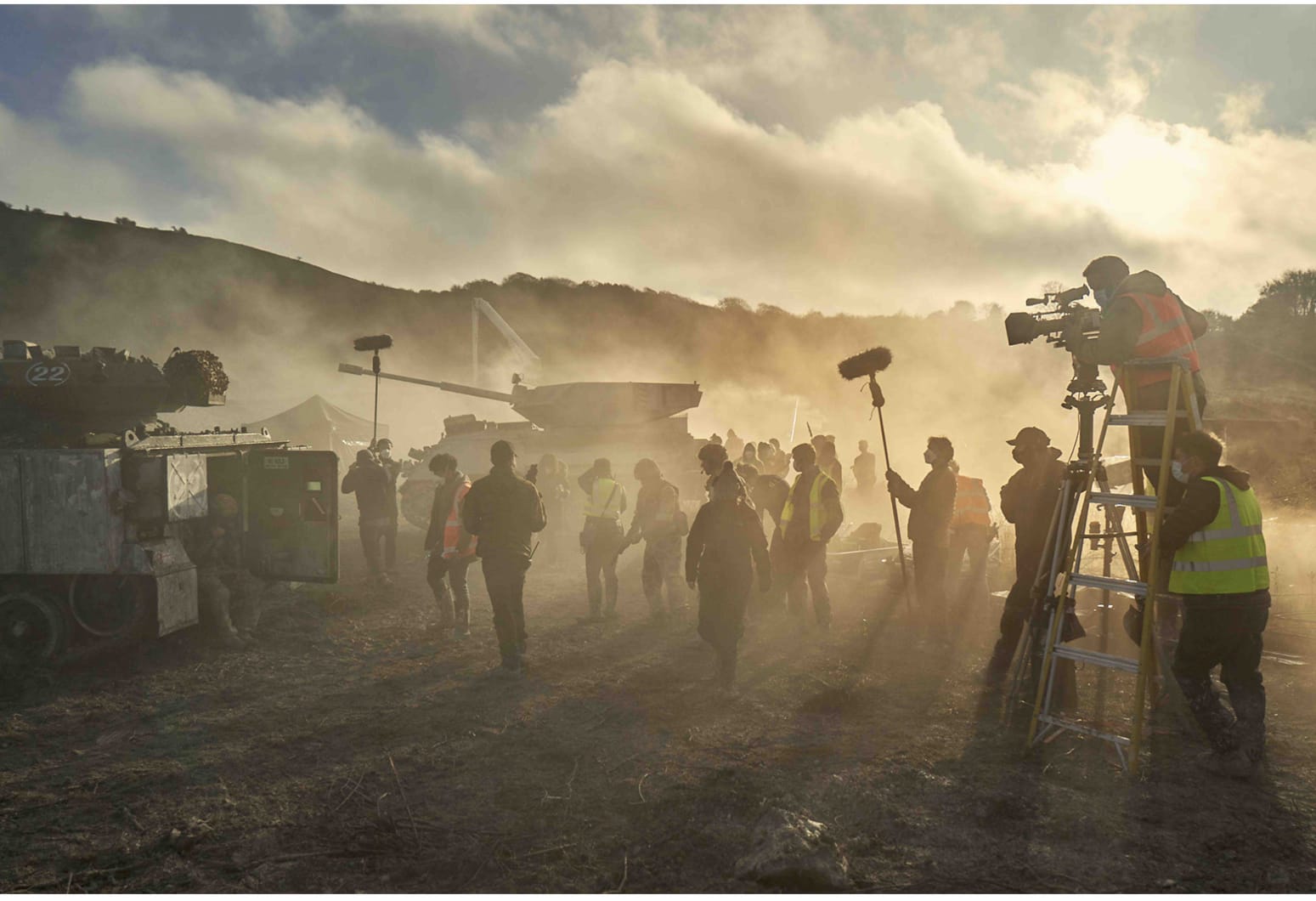 Preparations for a battle sequence, autumn 2020