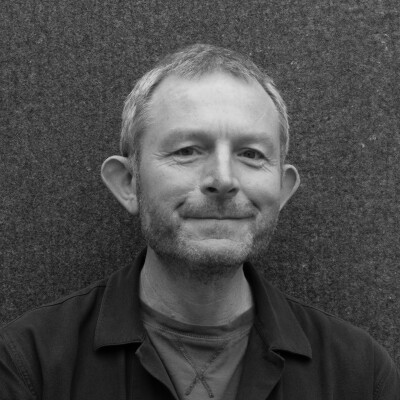 Thwarted in his ambition to be a professional whistler, Robert has been a scriptwriter for 15 years, working mainly in TV across a wide spectrum of genres.

In 2004 he won a Bafta award for the prison series Buried as he did for The Cops in 2001. Previously he worked in publishing, housing and teaching.

In my 20s, I used to play pinball a lot. You can get addicted to the bells and the chunky clunk of the points rattling up. The better you get, the more you can keep the ball in play. You score bonus balls and replays.

Your 20p lasts longer and longer.

I stood in front of my favourite machine once and found it didn’t need the 20p. It was working for nothing. Dream come true.

But after two games I got bored. The thrill was gone. You could start a new game any time you liked.

I’d divide my writing career into two parts: the part while I wasn’t making a living and the part now, while I am.

Working for nothing’s OK. Complete freedom in every aspect of what you write. Doing things that are more adventurous than if they were made to measure.

But if you don’t finish something, or even start it, well, the world seemed hugely indifferent.

With a commissioned script, everyone wants to give notes. This drives some scriptwriters mad. Probably they should be novelists. Perversely, I like trying to be impartial and constructive and dry-eyed while a bunch of people sit around and discuss how my work could be better. It gives perspective.

A script is a transitional document. Once it’s done, you hand it over to the director and actors, and it doesn’t become real for most people till it appears on the screen.

Sometimes you’re pissed off and think you could’ve done better yourself. Most of the time you’re happily taken aback by what other people have managed to bring.

Plus you get paid.